Busy times for the Hornet community 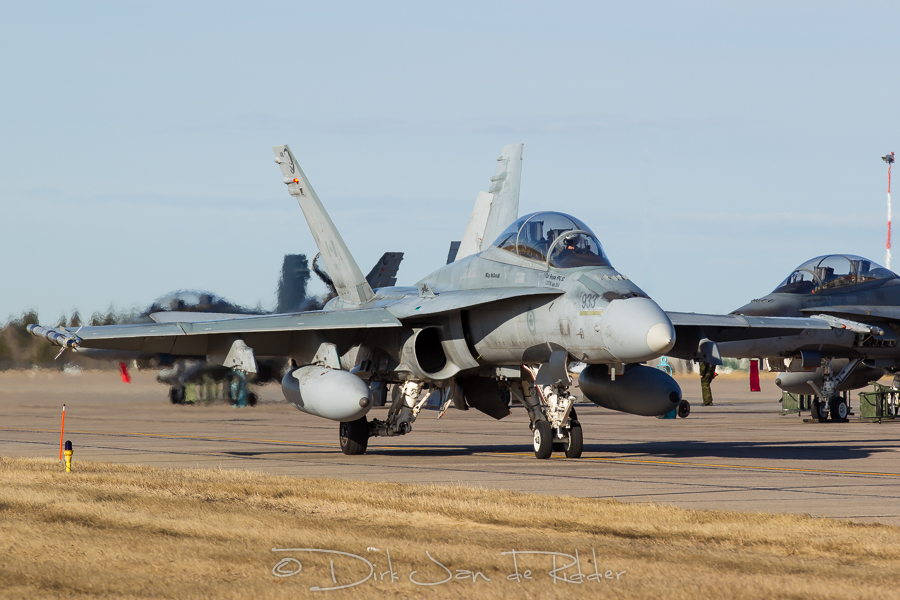 With two long, simultaneous deployments across the Atlantic Ocean, the CF-188 Hornet community has been very busy in 2014 and 2015. I visited CFB Cold Lake to speak with captain Jean-Sebastien ‘Ike’ Desmarais, a Royal Canadian Air Force Hornet pilot who deployed to both Europe and Kuwait during 2013 and 2014.

He first went to Romania, where he and his colleagues conducted air defence and air superiority training with Romanian Air Force MiG-21 LanceRs until the end of August. Ike enjoyed flying against the MiG-21, despite a massive difference in capabilities: “Being an older airframe it is not necessarily a bad thing to train against. They are really fast and really skinny, so they are hard to pick up at far ranges. We did air-to-air tactics, but we didn’t do that too much because it wasn’t a fair game, so we tried to balance it out and give them some proper training.”

“For example we would take off with a two-ship of F-18s and a two-ship of MiG-21s, run some intercepts to help them practice their intercept and recovery procedures. We also gave them ground school academics. They were eager to learn and we were happy to train with them and see how other countries operate as well. We are no longer used to operating in the eastern block, so that was an eye-opener.” 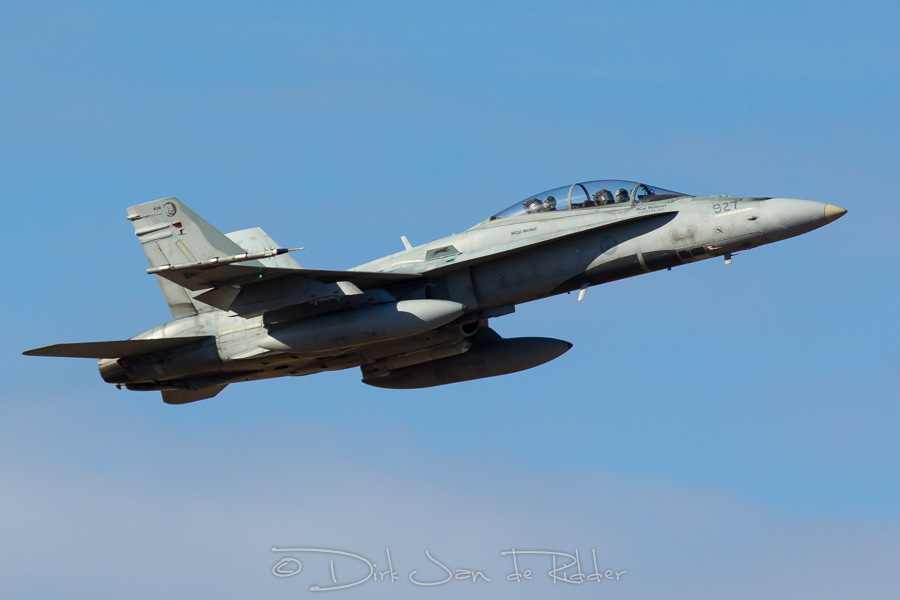 After two weeks in Romania, they all moved to Lithuania, which was a valuable training opportunity in itself. “In that one and a half hour flight from Romania to Lithuania we crossed five countries and we had to work with five different ATCs. Flight planning was a nightmare, but it was good for the [Canadian] fighter force to do this again and learn how to do it right for this time and the next time.”

In Lithuania they lead the NATO Baltic Air Policing mission from September to December 2014. It marked their first turn at policing Baltic skies, but the mission is not much different from the NORAD or Noble Eagle mission back at home. The six-week notice they had in advance of moving from Romania to Lithuania did not present any problems.

At home, CF-188s rarely intercept any other Russian military aircraft but long-range bombers. Several other aircraft types, including armed fighters, transport and intelligence aircraft, were intercepted over the Baltic Sea. They also trained against many other countries which were deployed to Estonia, Lithuania and Poland. “Here [in Canada] you get really accustomed to fighting the same airplane all the time. We fought dissimilar air tactics with [Polish] MiG-29s, the Typhoons from the Brits and Eurofighters from the Germans.” 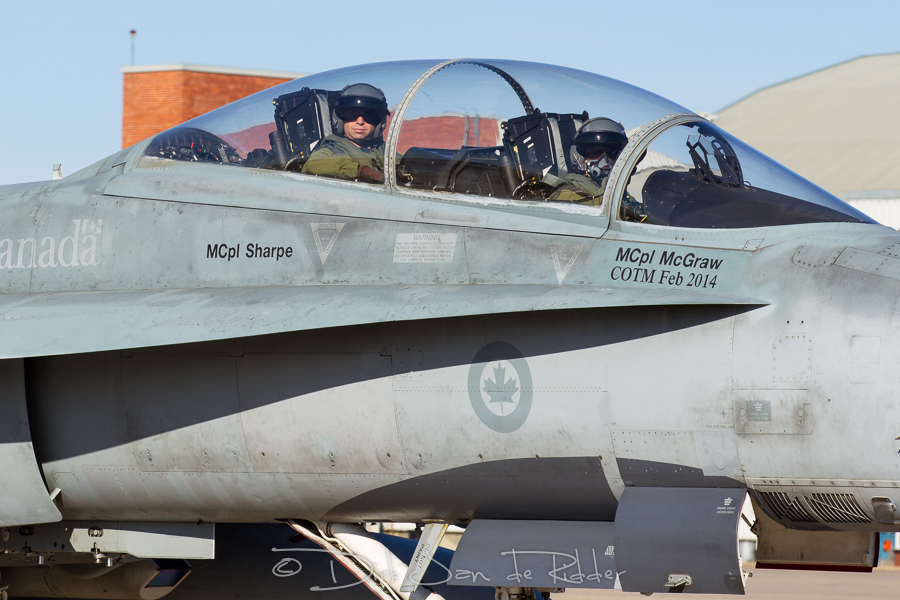 While 3 Wing already had six CF-188s temporarily based in Europe, six Hornets from Cold Lake, along with a CC-150 Polaris (Airbus A310) tanker and two CP-140 Aurora (P-3 Orion) had deployed to Kuwait for six months. Ike recounts some of his experiences operating from Kuwait: “When you show up to a location, you may already know what targets are there. Those would be called deliberate targeting missions. A lot of the time we actually took off to support troops on the ground and in that case it would be either CAS or ISR missions.”

“We use the targeting pod a lot, [as well as] eyes out of the cockpit and night vision goggles to look for troops on the ground, armour or convoys. Then we decide via the ground troops and our national commander there in theatre if we would engage those targets or not. Deliberate targeting missions are simpler in a way. It takes more planning before the mission, but once you take off, you drop your bombs, you come back home and that’s it. When you go on a CAS mission, you don’t have a lot to plan for initially and once you show up, everything is more of a real-time assessment.”

When asked about average mission durations over Iraq, he says: “Bagdad was about an hour transit and Mosul was an hour and a half, so the missions could be anywhere from five to eight hours flying time. As pilots we may fly every second or third day and get some rest in between, but the ground crew work 12 hours on, 12 hours off for us, seven days a week for six months. They will get one day off every now and then, when we can afford it. The machine that’s out there, that’s driving the whole operation, is impressive. Canada is doing a very good job considering we have six jets out there. We are part of that mission and we feel proud for that.”

A full report appeared in several magazines, including in Global Aviator: