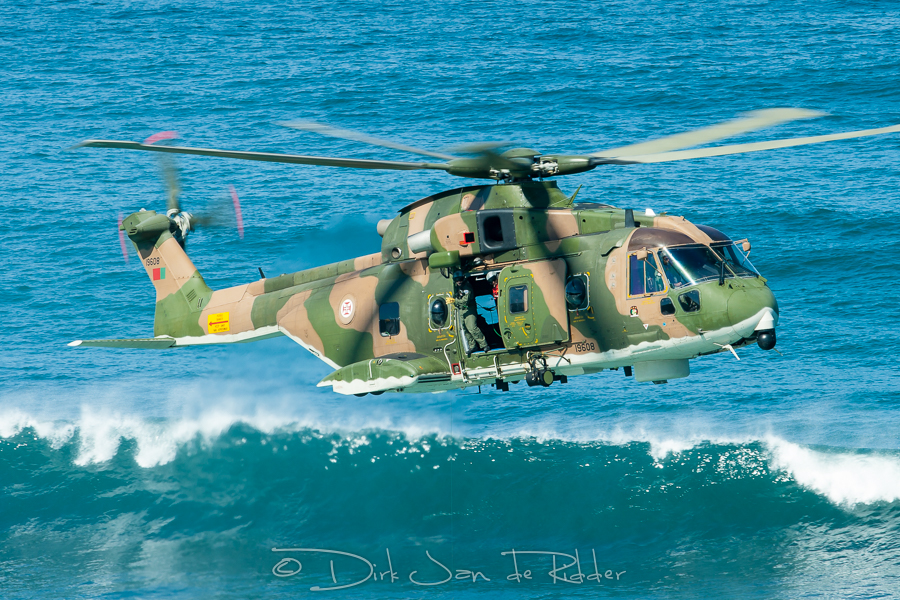 One pilot told the author he scrambled into action for the past three consecutive 24-hour shifts he was on alert. If there is a sudden increase in rescue missions, or an increase in flying distance to emergency locations, pilots will get less training.

At six million square kilometers, Portugal has the largest area to provide SAR coverage for in Europe. In fact, Portugal is responsible for the second largest area worldwide, only behind Canada. Besides operating from the squadron’s homebase Montijo (near Lisbon), two Merlin crews are permanently detached to Lajes airbase in the Azores (some 850 miles west of Portuguese mainland) and an additional crew is detached to Porto Santo airport (440 miles west of Casablanca, Morocco). 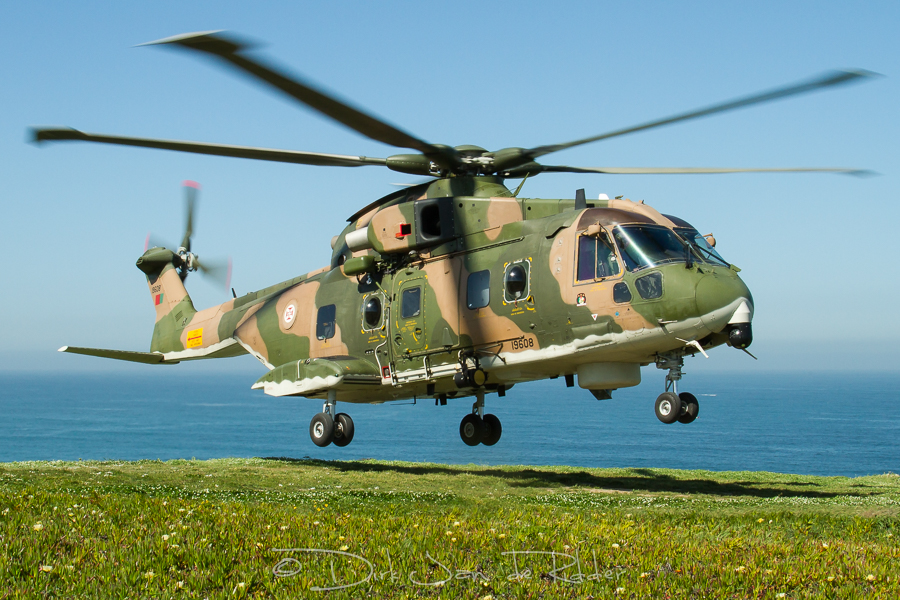 Pilots with previous experience on the Puma told the author they prefer it over the Merlin when it comes to hovering over a ship, but they love the EH101 in all other aspects. In the Puma it was very easy to look down, whereas pilots are seated further away from the side windows in the EH101, making communication with the systems operator hanging out of the cargo door even more important during winch operations.

”We often fly OEI (One Engine Inoperative) profiles in long-range missions because it gives us a 12% saving in fuel consumption. When you have someone’s life at risk in the middle of the Atlantic, at night, in stormy weather, that can make the difference.” 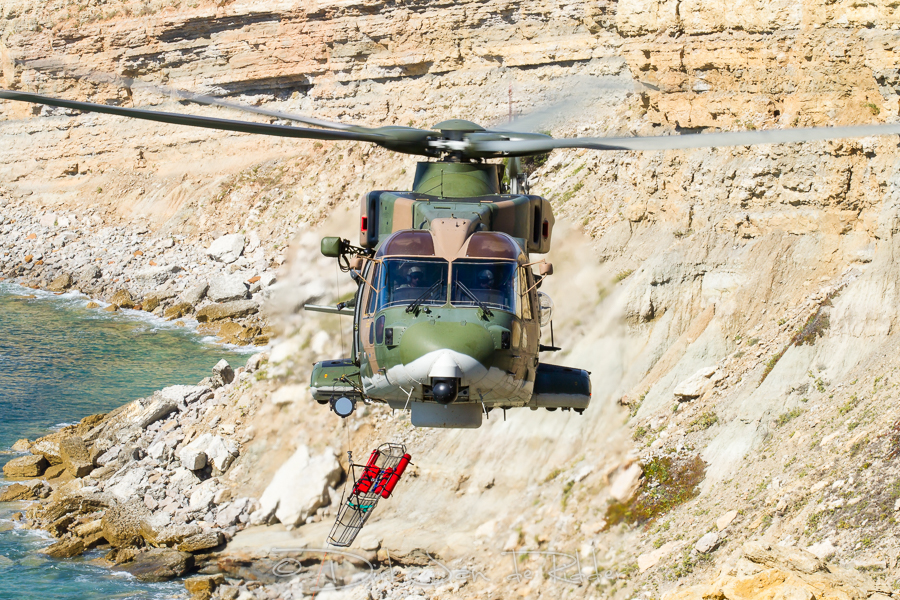 Another pilot explained how the wind affects their range more than it does an aircraft, because of a helicopter’s relatively low speed and its non-streamlined design. On one occasion, they planned to do a long-range mission with a strong headwind on the way to the scene. On the way back the tailwind would easily take them to solid ground. However, the wind turned and they faced it again on the return flight! They made it back with just enough fuel, but it was a very close call.

A typical SAR training mission from Montijo lasts two and a half hours and will see a crew of four fly out to the ocean, looking for a random vessel willing to cooperate with their training. As a rule, the Merlin will position at 60 feet above the vessel moving sideways at the exact same speed and in the same direction of the ship. This will allow the systems operator and rescue swimmer to carry out their training. Depending on training requirements they will winch down a dead weight or the rescue swimmer, with or without a stretcher or a real-weight training dummy. The same types of winch training are frequently carried out in the water and near cliffs along the coast during the same flight, as well as at night.

“We decided to go into the hover immediately and rescue three victims floating in line, clinging to a cable. Their anti-exposure suits were filled with water causing them to be in a state close to hypothermia. Some others had in the meantime been picked up by nearby ships. After rescuing two more sailors, we initially decided to remain on station looking for two sailors still missing, but after consulting rescue coordination and due to the status of the sailors already on board we decided to head back to Santiago de Compostela, where we had refueled earlier in the morning.”

The sailors were taken to hospital and the helicopter crew takes a well-deserved break, before returning home later that afternoon. Comprising 8 hours and 30 minutes of actual flying time, and the distress call coming from just over 400 nautical miles from their homebase, this rescue still is the Portuguese Air Force’s longest search and rescue mission, both in terms of flight time and distance covered. For their effort, the Spanish maritime rescue and safety agency SASEMAR awarded the crew with the ‘Silver Anchor 2010’, but for them it was just another day in which they lived up to their motto ‘So others may live’.