A lot has changed to Germany’s Marineflieger (naval air arm) over the past decade or so. Budget cuts and the retirement of old aircraft have made the air arm a lot smaller. Twenty Breguet Atlantique maritime patrol aircraft were replaced by eight P-3 Orions, only two of its previous four Do228 pollution control aircraft remain active and the age of Sea King and Sea Lynx helicopters is starting to affect the number of hours flown by its pilots in a negative way. Until 2005 the German Navy even operated Tornado fighter jets, but they were withdrawn and its tasks were passed on to the air force.

More recently, at the end of 2012, the Sea Kings based at Kiel-Holtenau moved to Nordholz, leaving the Marineflieger with a single airbase and just two Marinefliegergeschwader (MFG – Naval Air Wing). MFG3 operates the fixed-wing Dornier Do228 and Lockheed P-3C Orion, while MFG5 is equipped with Westland Sea King Mk41 and Westland Sea Lynx Mk88A helicopters. Nordholz has become the only airbase in Germany to house two air wings, making it the biggest airbase both in terms of numbers of aircraft and personnel. 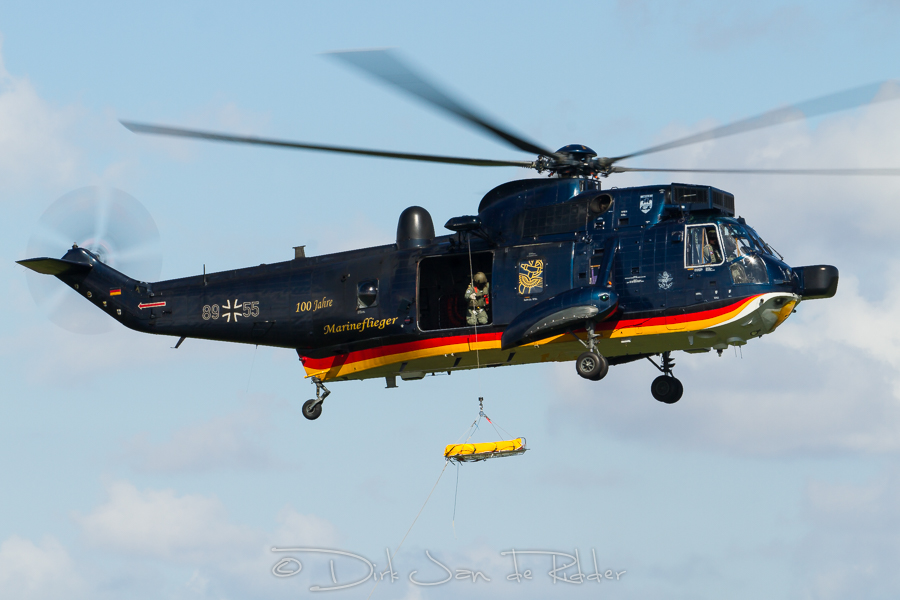 Eight P-3C Orions were acquired from the Netherlands in 2006. They replaced 15 Br1150 Atlantiques. Another five Atlantiques with signals intelligence (SIGINT) equipment were to be replaced by the RQ-4B Eurohawk unmanned aerial vehicle, but this project was cancelled in 2013. It created a capability gap after the last SIGINT Atlantique was retired in 2010 because the Orions have only taken over the Atlantique’s anti-submarine warfare and anti-surface warfare roles. Secondary roles include patrol and reconnaissance, both over water and land, and occasional support during search and rescue (SAR) operations.

After delivery from the Netherlands, the Orions were in a bad condition. An Orion pilot told the authors that Dutch personnel stopped performing overhauls and lifetime extension programs after their minister of defence informed them their mission would be withdrawn, their aircraft would be sold and they would lose their jobs. For a considerable time the aircraft spent more time being overhauled, test flown and certified at Manching rather than at their homebase Nordholz. It took about a year before the Marineflieger had any Orions at their disposal.

At present, aircraft availability has normalized and even though the Marineflieger only operates eight Orions, it rarely happens that a mission is cancelled for lack of available aircraft. During the authors’ visit an Orion broke down during startup for a training flight, but another aircraft was instantly available causing only an hour’s delay. The next day no less than four different airframes were flying, something that doesn’t happen often. Although the airframes are thirty years old, the Orions should be able to fly until at least 2025. 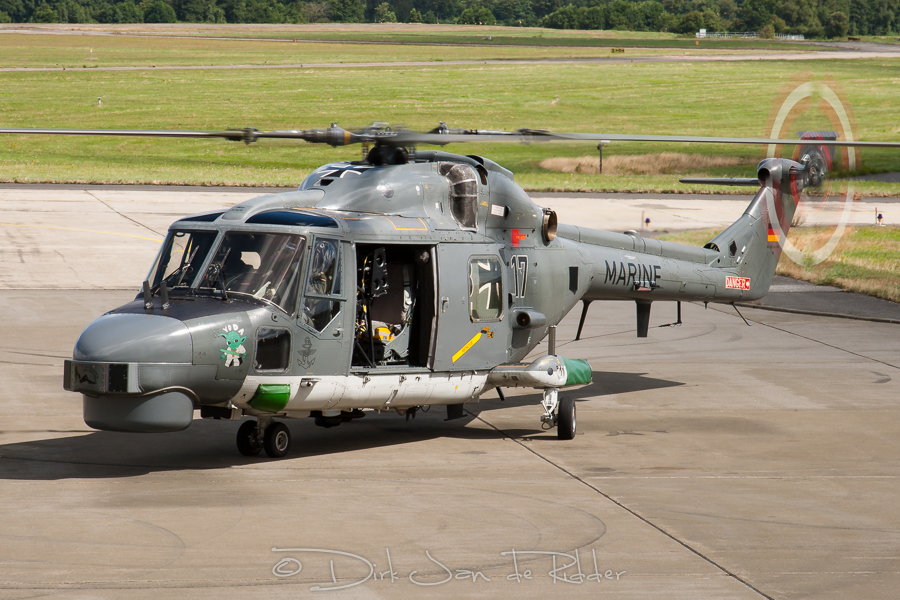 Whereas MFG3’s first Staffel (squadron) operates the P-3C only, the second Staffel operates both the Do228 and the P-3C, with crew members flying just one aircraft type. The Do228s are operated in cooperation with the German Department of Transport, which sets the overarching guidelines and pays for the aircraft, infrastructure and personnel. In return the Marineflieger schedules the flights, operates the aircraft and provides aircrew as well as maintenance personnel.

Approximately 30% of their flights are so called ‘satellite flights’. Thirty minutes after a satellite pass, imagery of potential pollution at sea is reported to the Air Wing. Another half an hour later a Do228 takes off to confirm the reported pollution. Other flights are also planned around the satellite schedule. Such missions are flown irregularly, but virtually on a daily basis, so that potential polluters cannot easily avoid being detected.

Out of 22 Sea King Mk41s delivered from 1972, 21 continue to fly today. The helicopter’s main roles include search and rescue (SAR) over the North Sea and Baltic Sea, as well as special operations with KSK (Kommando Spezialkräfte – Special Forces Command) soldiers. The Staffel has a permanent SAR readiness state, covering the North Sea from Helgoland (an island some 60km off the mainland) and the Baltic Sea from Warnemünde (near Rostock).

Captain lieutenant Jahr, a Sea King pilot explains: “We have one helicopter and one crew at each location. They stay there from Monday morning to Monday morning, after which we fly a new aircraft there or arrange a shuttle aircraft. In the summertime at Warnemünde there are more tourists getting into trouble. In the North Sea we have more islands without a connection to the land, so especially in autumn and winter when the weather is worse and the civilian rescue helicopters can’t fly there because of visibility or low clouds, we get a call. Civilian rescue helicopters need 5 kilometers flight visibility and we only need 800 meters, or 3 kilometers at night. In general, we have three to four missions per week, but you can have weeks when we come back with 30 hours and then there are weeks when nothing happens.“ 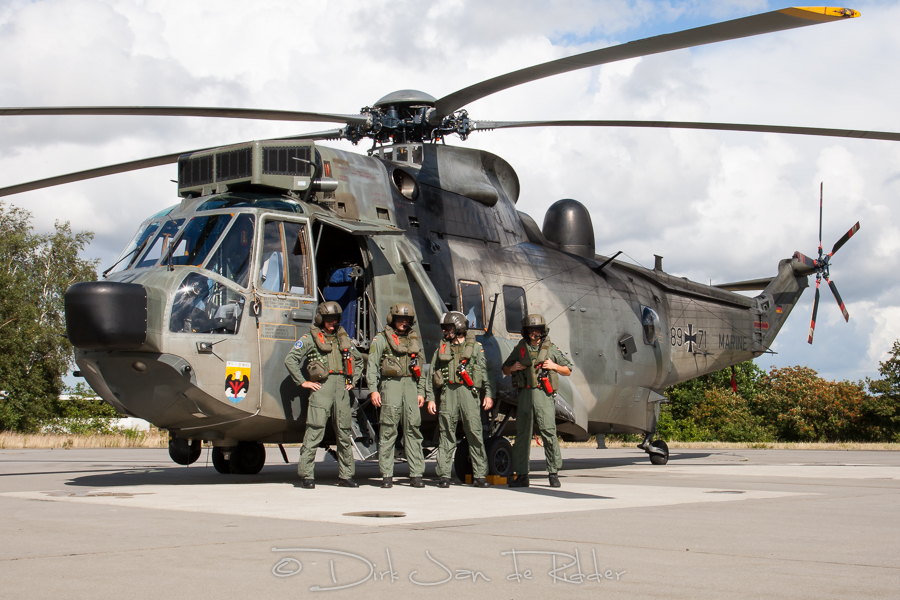 The German Navy has flown the Sea Lynx from 1981. By 1996, seven brand new Sea Lynx Mk88A were ordered and the 15 remaining Mk88 models were upgraded to Mk88A standards. The Mk88A’s new radar offers a greater range of 100 nautical miles (180km) and 360-degree visibility due to its position under the nose. When MFG5’s Sea Kings moved from Kiel to Nordholz, the Lynxes became part of the third Staffel of MFG5. The second Staffel doesn’t exist anymore. In recent years anti-submarine warfare, once the Sea Lynx squadron’s primary role, has moved a bit to the background and while deployed more emphasis now lies on anti-surface warfare, reconnaissance and maritime patrol.

The Lynx Staffel can support up to 3 deployments at the same time. Recent operations have included Active Endeavour and Operation Enduring Freedom (focusing on anti-terrorism), UNIFIL (protecting the maritime borders of Lebanon from illegal weapons transports) and Atalanta. Although two-third of the Lynxes have been in service for 30 years, there are no plans to replace them in the near future. The NH90 will only replace the Sea King.

Although the air assets of the Marineflieger are getting older and its current missions might be moving away a little bit from ‘alluring’ high threat level operations, it is still a very potent air arm with a wide range of capabilities. Marineflieger personnel are flying year-round in order to ensure the security and economic stability in Germany and the rest of the world, possibly more than ever before with fewer assets.