With 27 aircraft in their inventory (of six different types) and around 30 instructor pilots assigned, Centrum Leteckého Vỳcviku (CLV, Centre of Flight Training) at Pardubice provides a complete flight training program for future Czech Air Force pilots. CLV is operated by LOM Praha, a state-owned company specialized in defence aerospace. In 2004 the Czech Air Force ceased training its own pilots and LOM Praha was awarded a 10-year contract to exclusively provide flight training for the Czech armed forces.

The main goal of CLV is to maintain continuity and quality of flight training for the Czech Air Force. Every year it trains approximately 70 pilots, both ab initio students and advanced pilots. Since the start in 2004 over 55,000 flights have been logged, comprising 30,000 flight hours without serious accidents. Compared to the flight training previously provided by the Czech Air Force, the Czech ministry of defence has realised a cost reduction of 30%.

Unlike military training units, flight training is supervised by a director (instead of a commander). Pilots assigned to CLV are experienced, former military pilots, who gave up their military ranks to become civilian instructor pilots.

Screening and elementary flying training is carried out on the piston-engine Zlin 142C-AF. Student pilots learn basic flying techniques, aerobatics and formation flying, as well as IFR and VFR flying. They fly the Zlin for 50 hours during their first year at Pardubice, which is decisive for the rest of their career, as Miroslav Brož -director of CLV- explains: “After passing the basic flying course, all students are evaluated by the instructors. A recommendation about each pilot is then sent to the armed forces headquarters. It is the headquarters that takes the final decision about a student’s next phase, depending on the number of pilots the air force needs for each type of aircraft or helicopter.“ After flying the Zlin, the next step is L-39 for fighter pilots, Let-410 for multi-engine pilots or Mi-2 for helicopter pilots.

Fighter pilots destined for the L-159 ALCA (Advanced Light Combat Aircraft) or JAS-39 Gripen continue their training on the Czech-made Aero L-39C Albatros. This takes two and a half year, during which the students log 200 hours. Many hours are also spent in flight simulators to train operational and emergency procedures. After graduating from CLV, combat training is performed on the L-39ZA Albatros at the Czech Air Force’s 222 tactical squadron. Pilots become ‘combat ready’ after another 200 hours. L-159 pilots then move to Čáslav for a short conversion course, while Gripen pilots undertake conversion training in Sweden.

Transport pilots fly more hours on the Zlin 142 before they move onto the L-410 Turbolet. During this phase they learn to operate a twin-engine aircraft and they make flights to civilian airfields along civilian routes, something they will be doing a lot once they become a transport pilot. After completing 100 flight hours they graduate and move to Prague-Kbely airbase to join one of two transport squadrons. The Czech Air Force currently operates six types of transport aircraft comprising the Airbus A319, An-26 Curl, C-295M (which is about to replace the An-26), CL-601 Challenger, L-410 Turbolet and Yak-40 Codling.

Helicopter pilots continue their syllabus on the Mi-2 Hoplite. The Mi-2 helicopters are getting old and outdated, but they still serve very well. Pilots find the helicopter easy to fly and it is relatively cheap to operate. It lacks the modern avionics of the Mi-171 Hip and Mi-35 Hind, but for flying training the analogue flight instruments are still sufficient. After flying the Mi-2 for 100 hours, pilots destined for the Mi-17 Hip get another 30 hours on the Mi-17 to become a co-pilot on the ‘Hippo’, as the pilots call it. They then move on to 231. vrtulníků letka (231 helicopter squadron) at Přerov for further tactical training. After moving to Přerov, it takes at least another two years to become a captain and move to the left-hand seat. CLV also provides conversion training for Mi-24 pilots to become an Mi-17 captain, which takes about 50 hours.

CLV operates one aircraft that is not used for training, a single Evektor EV-97 Eurostar. It is an ultralight, single-engine aircraft, which accommodates two pilots. It is a very cheap aircraft to operate, used by instructor pilots for proficiency training. Next to that it also serves as a liaison aircraft whenever needed.

LOM Praha is actively looking for foreign countries in need of military pilot training. According to pilots on base several countries have already shown interest including Hungary (which recently retired its L-39s), Slovakia and an unspecified country in Asia. Whether pilots from these countries will be trained at Pardubice in the future remains a political decision. The contract with the ministry of defence to train Czech pilots will expire in 2014, but extension seems likely given CLV’s professionalism, safety record and a lack of competition. With some foreign customers likely to join soon, the future certainly looks bright for CLV. 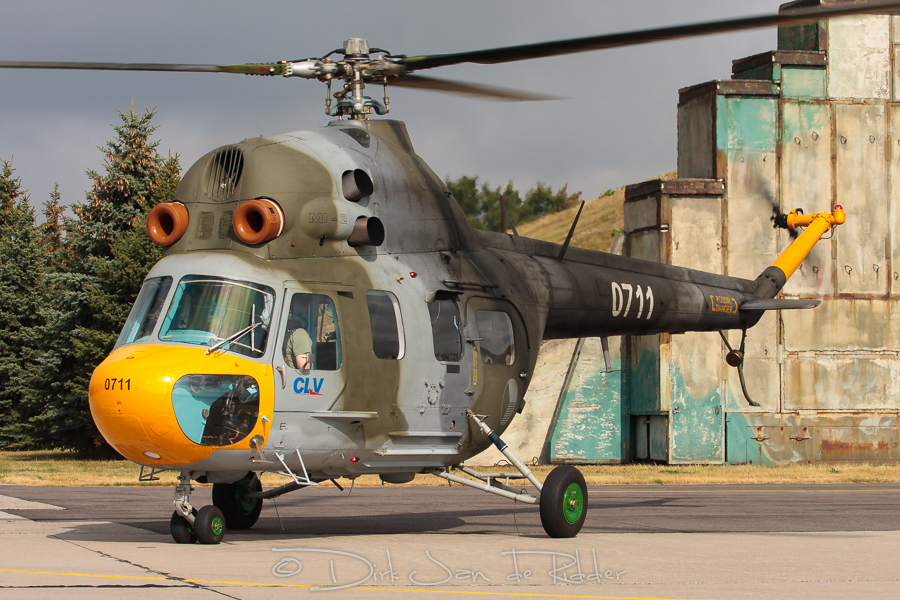