The 493rd Fighter Squadron ‘Grim Reapers’ is the only United States Air Forces in Europe squadron flying the F-15 Eagle. The squadron stands ready to rapidly generate, deploy and sustain operations in any theater of operations in the world. It operates 22 F-15Cs and two F-15D dual-seaters, in the air superiority role. During 2010 they participated to several exercises, including Anatolian Eagle (Turkey), DACT 2010 (Spain), Frisian Flag (Netherlands) and Golden Lance (Romania), all of which with between eight and twelve aircraft.

But it is not just about training when the squadron deploys. Since the Baltic States (Estland, Letland and Lithuania) joined NATO in March 2004, European member states have been providing an air policing mission. Every four months another country takes over the mission and the United States Air Forces in Europe have taken up the responsibility three times already, twice of which by deploying 493rd Fighter Squadron F-15Cs. During their latest deployment (between 1 September 2010 and 5 January 2011) the 493rd Expeditionary Fighter Squadron logged 66 training sorties and two alpha scrambles, intercepting three aircraft. 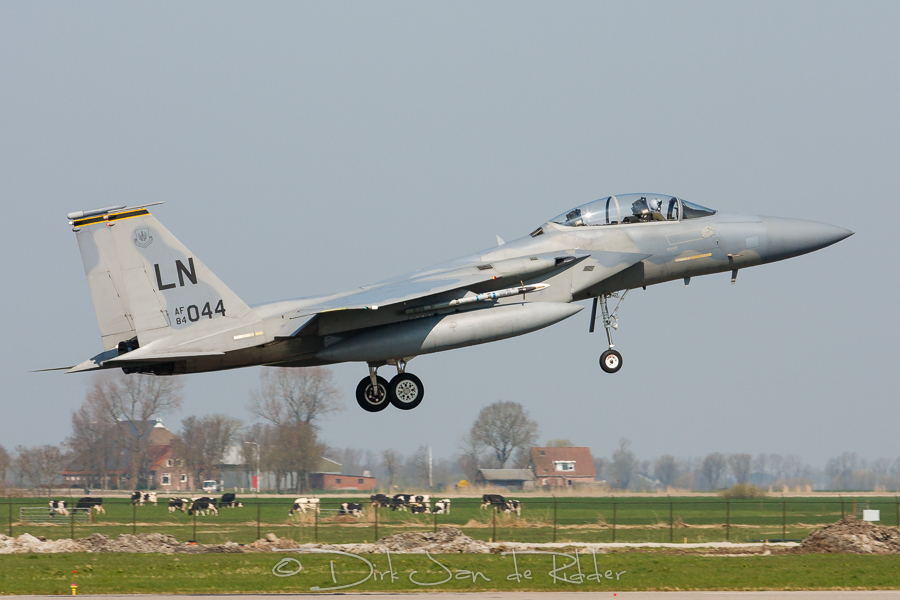 F-15s of the 493rd have also deployed to Keflavik in support of the Icelandic Air Policing and Surveillance (ISLAPS) mission. Unlike the Baltic Air Policing mission, the operation in Iceland does not involve continuous fighter presence. Instead, missions are carried out at an average rate of three times a year, for a period of two or three weeks. Both times the ‘Grim Reapers’ deployed to Keflavik so far have been during the early stages of their deployment to Lithuania, in September 2008 and September 2010. When the squadron deployed to Iceland last year, it achieved full operational capability status (a NATO certification) by accomplishing four QRA launches in an average of just seven minutes during their first two days.

An air policing deployment usually involves four aircraft, between eight and ten pilots and over a hundred support personnel. At any given moment two pilots and two aircraft, fully armed with AIM-120 AMRAAMs, AIM-9 Sidewinders, the M61 cannon as well as a whole complement of chaff and flare countermeasures, are ready to be scrambled into action when the alarm rings. 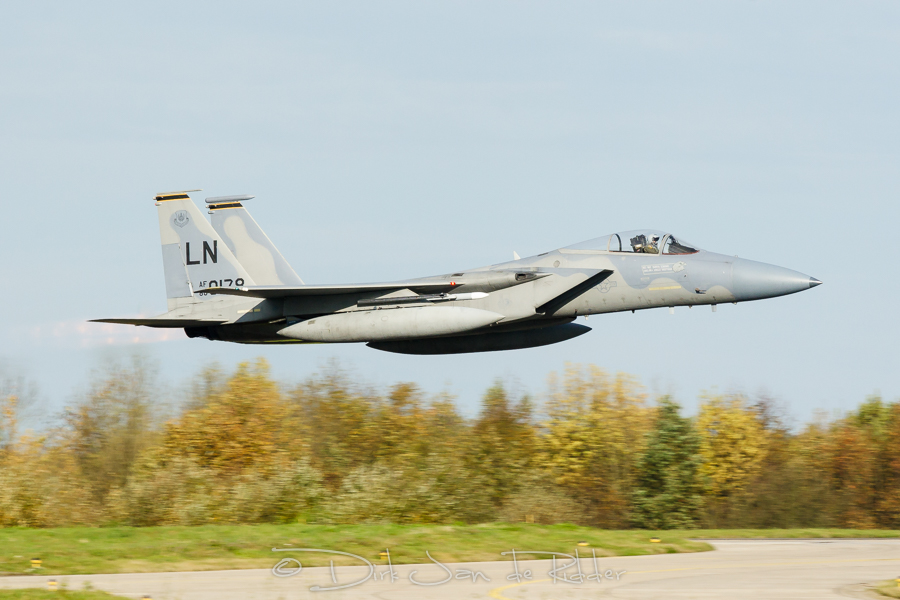 For captain Andrew ‘Deep’ Frye, an F-15C pilot with just over 500 hours of experience, the recent deployment to Lithuania marked his first operational deployment. “We work 24-hour shifts. On a typical day out there you get up in the morning, you go work out, get your lunch and then you show up to work at about 2 or 3 o’clock in the afternoon. You work all the way through the night, sleep near the alert facility, get up the next morning, make your breakfast there and then you work all through the day until the new pilots come in. When the horn sounds, we’re sitting down in the alert facility without our G-suit and harness so we have 15 minutes to get dressed, hop in the van, drive out there, start the jet -and if it breaks, you can hop out, run to the next one and start it up-, take off and still you could do that in probably about 10 minutes.”

In contrast with other squadrons deploying to Iceland or Lithuania, the 493rd does not maintain a Quick Reaction Alert at home. Deep: “We don’t have to have huge spin-up programs to train for these missions. There’s some additional studying we have to do as far as the regulations and procedures that we’re supposed to know, since we don’t do this that often. But basically we will use our radar to find these guys, we will put our jet where we need to put it -usually right next to them-, and that is not all that difficult of a task for us.”

At the end of 2007, worries arose over fatigue cracks found in the wings of several older F-15s following the crash of an F-15C in Missouri. All USAF F-15s worldwide were grounded, but inspections showed none of the aircraft at Lakenheath were affected. Lieutenant colonel Darrin Dronoff, grounding officer during the fleet stand-down and currently the commander of the 748th Aircraft Maintenance Squadron, explains: “No structural damage was located on any Lakenheath aircraft during the fleet stand-down in 2007. We spent several weeks inspecting the aircraft, both F-15Cs and F-15Es, according to engineering guidance. We used methods such as eddy current, dye penetrate and structural molding. No defects were noted. Since this time we have not increased the frequency of these inspections. However, the engineering experts at our stateside depots do continue to monitor these areas.”